Karl Bodmer was a Swiss-French printmaker, etcher, lithographer, zinc engraver, draughtsman, painter, illustrator and hunter. Karl Bodmer was well known in Germany for his watercolours, drawings and aquatints of cities and landscapes of the Rhine, Mosel and Lahn rivers. After he moved to France following his return from an expedition in the American West, he became a member of the Barbizon School, a French landscape painting group from the mid-19th century. He created many oil paintings with animal and landscape motifs, as well as wood engravings, drawings, and book illustrations. For his work, Bodmer was made a Knight in the French Legion of Honour in 1877.

He is best known in the United States as a painter who captured the American West of the 19th century. He painted extremely accurate works of its inhabitants and landscape. He accompanied the German explorer Prince Maximilian zu Wied-Neuwied from 1832 through 1834 on his Missouri River expedition. Bodmer was hired as an artist by Maximilian in order to accompany his expedition and record images of cities, rivers, towns and peoples they saw along the way, including the many tribes of Native Americans along the Missouri River and in that region.[2] Bodmer had 81 aquatints made from his work to illustrate Prince Maximilian's book entitled Maximilian Prince of Wied's Travels in the Interior of North America (1839-1841 in German/published in English translation in 1843-1844).

By 1828, Bodmer had left his native Switzerland to work as a painter and engraver in the German city of Koblenz. It was there that he and his work came to the attention of Prinz Maximilian zu Wied-Neuwied. This German aristocrat had successfully led a scientific expedition to Brazil in 1815–1817. He decided to embark on another such venture, this time to North America and especially the American West. He hired Bodmer to accompany his expedition and make a visual record of the places and peoples encountered, through painting, drawings, etc. The aristocrat was known popularly to naturalists then and now as Prince Max.

After delays, Bodmer, in the company of Prince Max and David Dreidoppel, a huntsman and taxidermist, sailed for North America on 17 May 1832. In a letter of that date, Prince Max wrote to his brother that Bodmer "is a lively, very good man and companion, seems well educated, and is very pleasant and very suitable for me; I am glad I picked him. He makes no demands, and in diligence, he is never lacking."

Fort Pierre on the Missouri and the adjacent prairies, c. 1833. Aquatint by Bodmer from Maximilian, Prince of Wied’s Travels in the Interior of North America (1843-1844), which his works illustrate.

Arriving in Boston, Massachusetts, on 4 July, the three encountered hardships and delays caused largely by a cholera epidemic in the eastern states. It swept across the northern tier to Michigan via travelers on the waterways. The three men finally reached Pittsburgh, and started from there October 8 to travel west along the Ohio River. They arrived in Mt. Vernon, Indiana about midnight on 18 October. The next morning, the party made their way to New Harmony, Indiana.

Prince Max had planned to spend only a few days in New Harmony, but his stay "was prolonged by serious indisposition, nearly resembling cholera, to a four months' winter residence."[citation needed] The Prince devotes a chapter of his book of the expedition to New Harmony and its environs. He featured the work and personalities of Thomas Say and Charles-Alexandre Lesueur, two leading American naturalists. Lesueur was also a prolific artist.

Unlike the Prince and Dreidoppel, Bodmer escaped the illness. Alone, he left New Harmony at the end of December, and on 3 January 1833 caught a steamboat at Mt. Vernon, Indiana. He traveled down the Mississippi River to New Orleans, spending a week with Joseph Barrabino. This Italian-American naturalist was a friend of Say and Lesueur. (A fine pencil portrait of Barrabino, drawn by Lesueur, is preserved at the New Harmony Workingmen's Institute.)

In April 1833, Prince Max and Bodmer set out from St. Louis, Missouri on the 2,500-mile journey by steamboat and later keelboat up the Missouri River. They eventually traveled as far as Fort McKenzie (near present-day Fort Benton, Montana). After wintering at Fort Clark near the Mandan villages, they returned downriver the following spring, having spent more than a year on the Upper Missouri. Bodmer had extensively documented the journey with visual images, while Prince Max took copious notes for the book he intended to write. 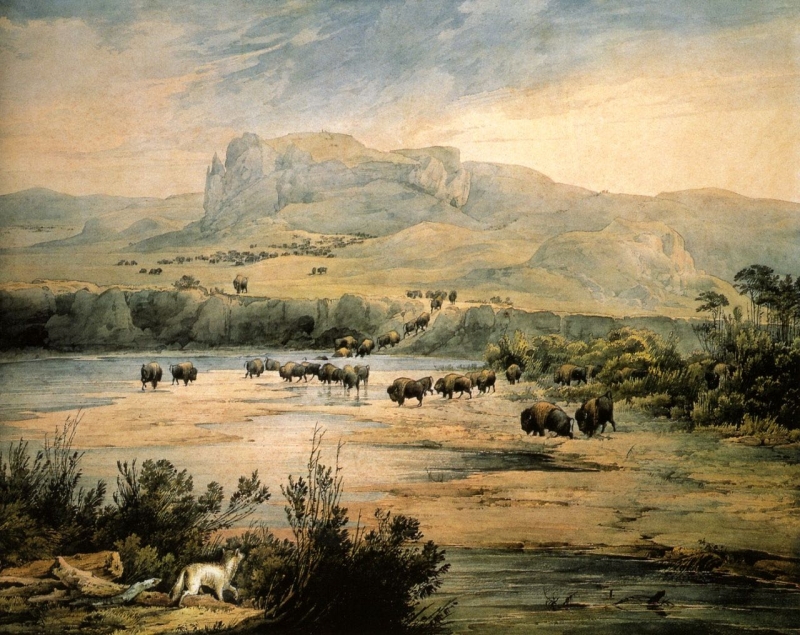 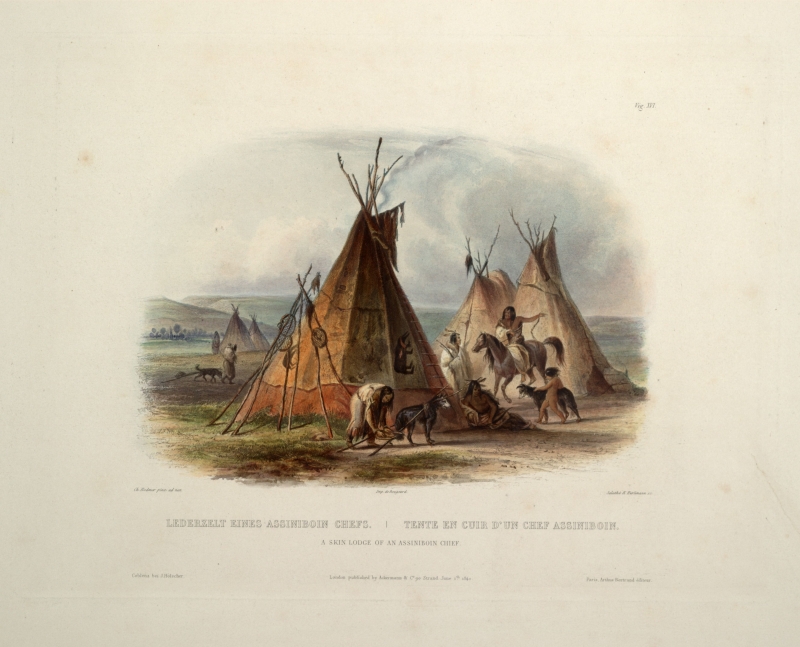 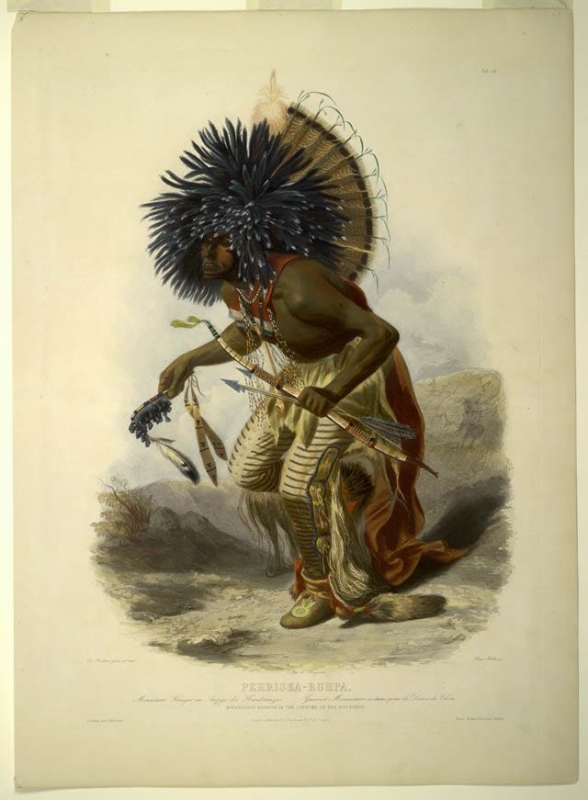 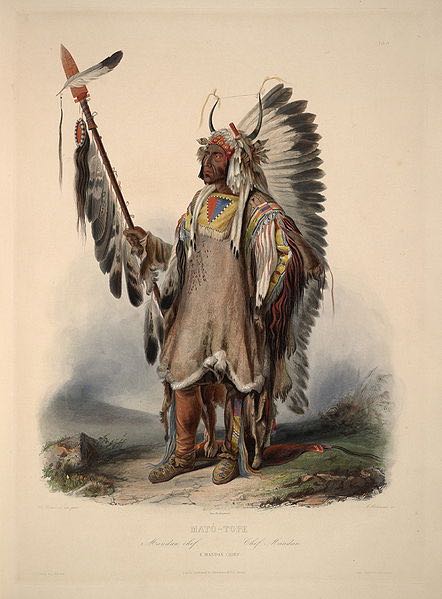 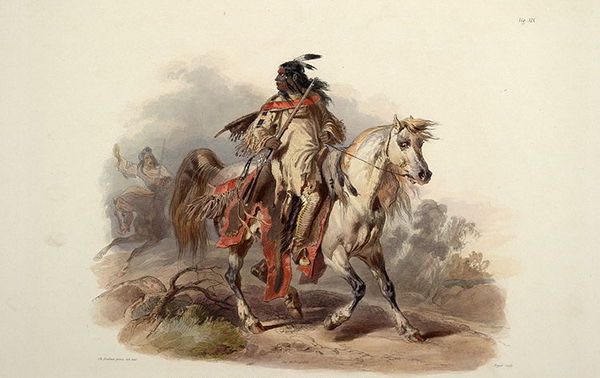 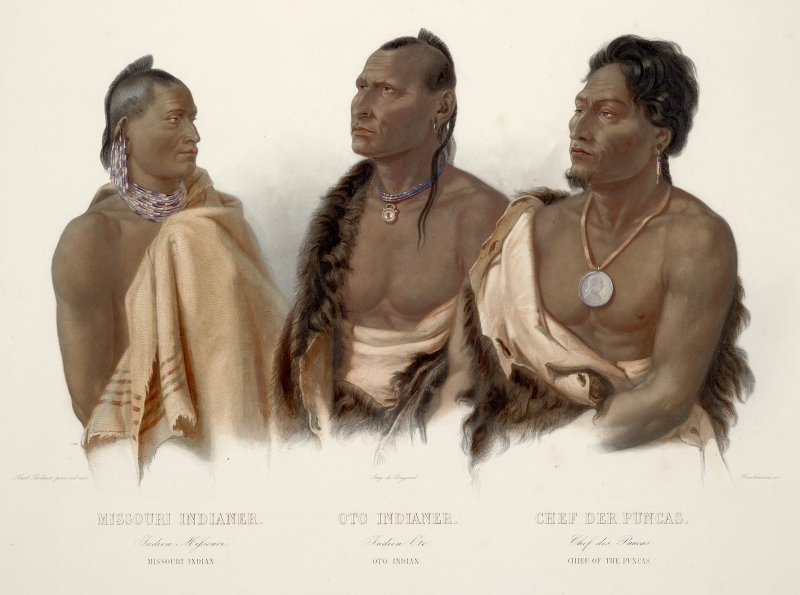 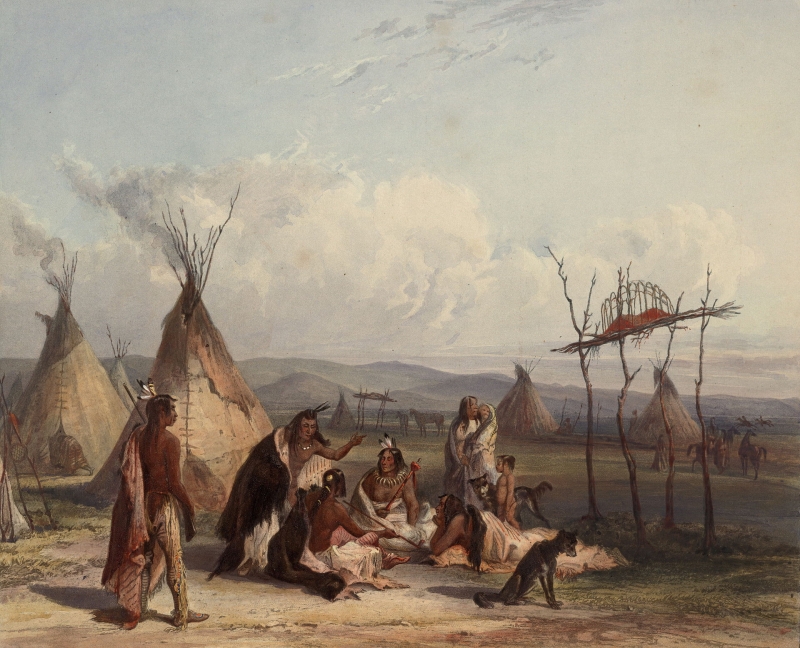 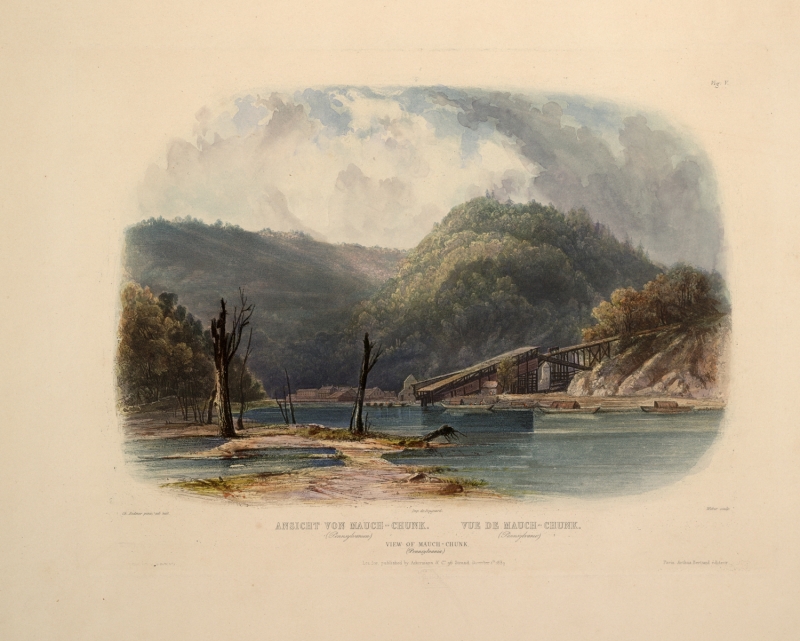 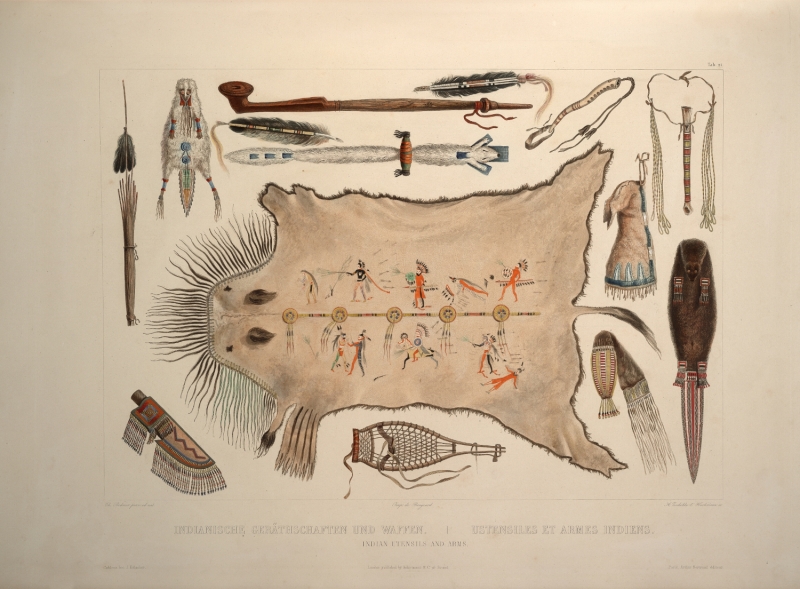 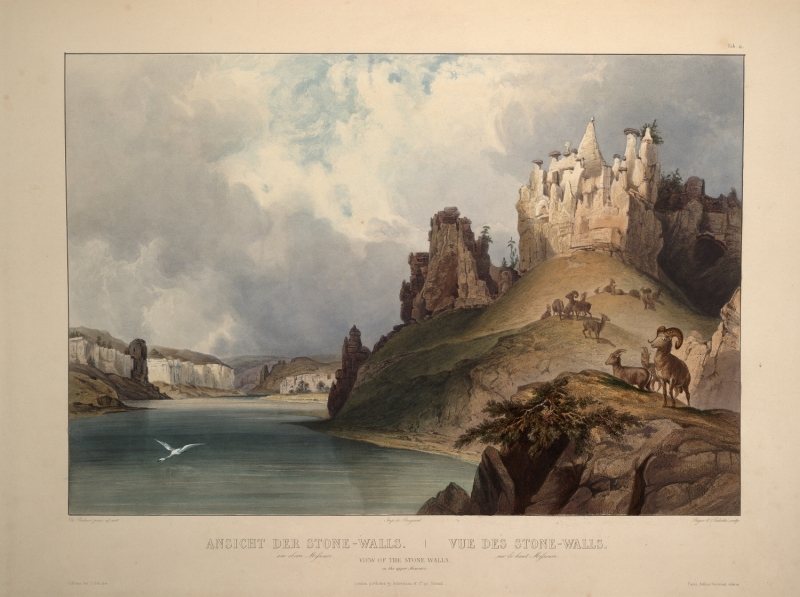